We have begun rehearsals for our first worship recording at Hilton Head Island Community Church . It has already been such a huge team building time and has created such a spirit of unity among our musicians.

I've had the privilege of producing several records for churches including a live worship CD and video. However, the way this is coming together has been the best experience I've had in doing this at church. Here's what is working for us:

1) We are doing songs we love and that we know very well. We only have one original song and the rest are songs we love to sing at church. Because these songs are familiar, in a lot of ways, they have morphed into our own arrangements which allows some originality. This has made using all of our musicians a reality because everyone knows the material.

2) We are recording our rehearsals every week. This allows us to listen to our arrangements and tweak. We have broken the record into two parts based on the instrumentation. With four rehearsals scheduled, this gives us two rehearsals for each part of the record which is plenty of time to tweak and perfect our band parts and arrangements. I upload these recordings to Planning Center so everyone can listen and evaluate.

3) We have hired a producer. In the past, I've produced records that I have played and sang on as a musician. This time, I wanted to totally devote my energy to the arrangements, my parts, and to investing in the team experience. It's the best decision I've made! We've hired personal friends of mine that I have worked with before and highly respect from the recording world in Atlanta to produce.

4) We are recording everything at our church. This has greatly reduced the cost of this project. We've blocked out two full days for band tracking and two full days for vocals (three weeks after the band tracking days.) We are limiting overdubs and trying to get the best live take of every song. At this point, based on the rehearsal recordings, we think it will work.

5) We are breaking up the vocals between three worship leaders with BGV's, and yes...choir! I love big vocals on certain songs and I love the simplicity of a lead vocal and one or two background voices. This allows EVERYONE to participate and be a part of the experience.

6) We have been playing with a click track every week on Sundays. Because we do it every week, there is no pressure on the team during the recording process. They are used to it and it has become just a part of our weekly process.

7) We are working on this project during a "slower" part of the year. January and February does not hold a lot of outside pressure for us as a team and so this has been a great time of year to devote to this entire project. We will be done with everything on our part by the last week of February.

I'll be updating you all on our progress as we continue. We are half-way through our rehearsals and I'm already thrilled about how far along we are as a team! 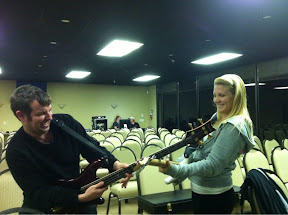 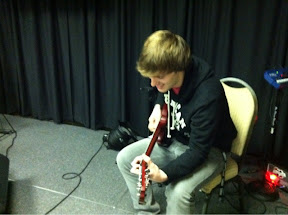 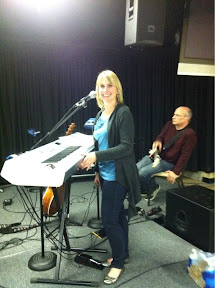 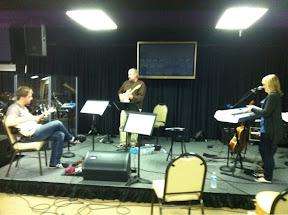 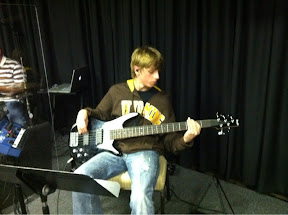 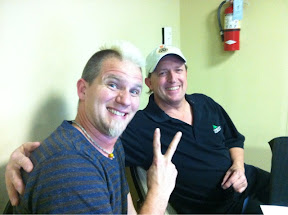 We are in the middle of getting ready to renovate a 13,000 square foot warehouse for our future facility at Hilton Head Island Community Church. . My days and nights have been filled with design conversations with the team via email and texts, getting quotes from vendors, facility walk-throughs, and so much more. This is the third time that I have had the privilege to be a part of a new facility project as a church staff member. Every time is unique and exciting, but there are definitely some things I've realized during this design process that I believe make the difference.

1. Build a creative team of people around you who are not afraid to share every idea they have in their mind. Everybody has budget constraints. That is reality. However, if your team is always thinking about that, the "what if" ideas never surface. I've been amazed to see "what if" items turn into doable things because we were able to "tweak" the idea to make it a reality.

2. "There is more than one way to skin a cat." This phrase made popular by Mark Twain is so true. Every team I have worked with has truly always wanted the same thing: to create the best facility possible..to reach the most people we can...to be the best stewards of the resources we have been given by God. However, you have to be willing to see every option, hear every voice on the team, and be willing to be flexible. The goal is never to get everything YOU want. I believe the goal should be to make as many decisions as possible that benefit EVERYONE on the team. This is really hard to do, but the benefits are so worth it.

3. Surround yourself with people that are better at all of this than you. I'm so thankful for the team we have here to do this project. They are creative, professional, and so willing to do whatever it takes to do it right. Most of the team is contributing based on their own professional experience. These are the best people to have on the team! Their knowledge and insight is invaluable.

4. There is no room for ego or marriage to an idea. Everything has to be on the table. There are moments that a project manager has to finally make the call, but if 1-3 are happening, it is usually an easy decision.

I love being a part of a team to accomplish something bigger than ourselves. I love what everyone brings to the project and how the synergy of our ideas creates something that no one person could create on their own.

How does synergy work for you? Has it been a positive or negative experience?

Today, I'm kicking off a new series here at Cheval Glass. There are so many challenges facing ministry leaders and none greater than raising children. Family Fridays will discuss our personal struggles, victories, and best practices. Please dialogue here with me and share your insights on family issues as it relates to being ministry leaders.

I feel like I say "NO" a lot as a parent. It really bugs me. I provide the structure and schedule for our family as a lot of moms do and the creative in me gets REALLY tired of having to always be the margin and boundary policeman for the Cullens!

Todd and I have Fridays off since our Sundays are so long.  We try to keep this day as free from routine and a schedule as possible so that we can just take a breath and truly have a Sabaath experience. So with my issues with saying "No" so much, I started a thing called "Say Yes Fridays." I make a conscious attempt to "say yes" to as much as I can on Fridays.  Being that my kids are seven and a half and almost five, they have not quite "caught-on" to this.  I don't make a big deal that it's "Say Yes Friday." I just have made a mental decision to do this on specific Fridays.

For example, I am headed to pick Sydney up from school very soon. It she gets in the car and asks me," Mom, can we get a Starbucks hot chocolcate?." My answer wil be YES! If Sean asks me for another cookie after he has already had two, I'm going to say YES!  This has made me feel so much more effective as parent to give myself permission to do this.

Posted at 02:10 PM in Children and the Arts, Family, Family Fridays | Permalink | Comments (0)

I love a new year. We always do a "Christmas Clean" every year around New Year's Day. We take down all our Christmas stuff, clean out our closets, get rid of stuff and clean like crazy!

I was thinking about these verses as I was cleaning out my laundry room (and yes, it really needed it!) Lamentations 3:22-24..."Because of the LORD’s great love we are not consumed, for his compassions never fail. They are new every morning;great is your faithfulness. I say to myself, “The LORD is my portion."I'm so thankful for fresh grace everyday. I don't have to wait for a new calendar year to get a fresh start. God's mercy and compassion are new 365 days a year!

If you can, take the time to reach this message (http://www.spurgeongems.org/vols19-21/chs1122.pdf) from C.H. Spurgeon. This is an excerpt of one of my favorite parts...

"What a poor thing I am. How little Grace I have. How weak in prayer. How slow in service. How frequently depressed. How easily tossed to and fro. How shall I hope to hold on to the end? Where is the answer to it—“I shall be anointed with fresh oil.” I am poor, but I shall receive my daily pension. I am weak and I have no strength in reserve, but my strength is laid up in God!" - C.H. Spurgeon, FRESH GRACE CONFIDENTLY EXPECTED NO. 1122 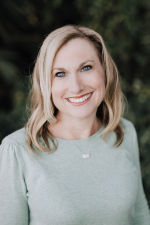